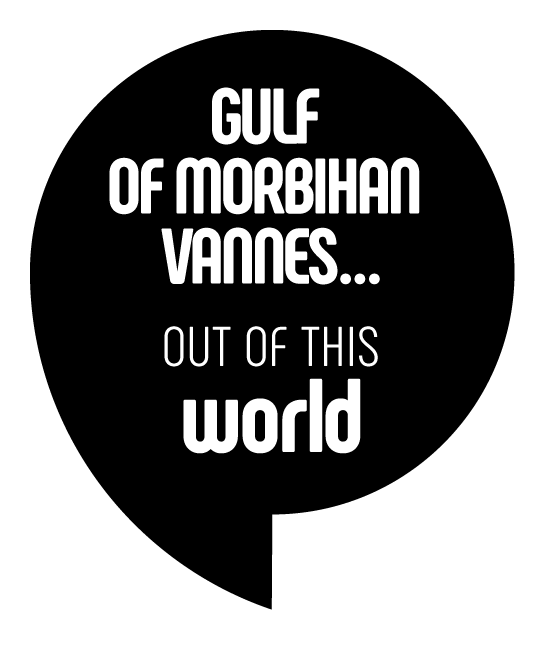 Vannes, medieval capital… Treading the cobblestones of a city full of history.

From antiquity to contemporary times, the city of Vannes has gone through the great periods of history with losses and damage. Although the creation of the city goes back to the Gallo-Roman period and its full political influence in the 17th century, it was in the Middle Ages that life was in full swing, that the mischievous curves of the city take shape with colours and wood panelling… Many guided tours organised by the city council and the tourist office  lead you through the maze of medieval streets and to the heights of the fortifications on the fortifications walk.

The glossary of medieval architecture finds its perfect illustration in the streets and alleys of old Vannes. You only have to get lost in them to discover a medieval pavement here, a watchtower or a machicolation there. And if we had to sum up the medieval period to a few large still existing sites, the must-see would be the fortifications, its gates and towers, the Saint-Pierre cathedral, the Cohue, the half-timbered houses and the Gréguennic bastion with its famous battery of casemates…

Find out… Vannes in 6 places not to be missed

One of the last remaining fortifications in Brittany, the ramparts of the city of Vannes are the basis of the tourist heritage of Vannes. A first enclosure was erected by the Romans in the 3rd century but it was until the end of the 14th century, under the reign of John IV that the ramparts were reinforced and extended to protect the population. The duke elected residence in Vannes and built the now disappeared castle of Hermine. Because Louis XIV did not care about this architectural heritage, the king squandered the ramparts and the Ermine castle to sell the stones to finance his wars. Fortunately, some towers and bastions have survived, among which the Calmont Tower which has all the features of a medieval gate with its two passages, the carriage gate and the pedestrian gate. A few yards away, the Constable’s Tower is the highest of the enclosure and had the particularity of being both a defence tower and a residential tower, as the large mullioned windows testify.

Today La Cohue is home to the Vannes Fine Arts Museum. Although the quietness of the place promotes the contemplation of contemporary works, you should imagine this hall teeming with life in the Middle Ages. La Cohue housed many stalls on the ground floor and the ducal courthouse on the first floor. It even welcomed the Parliament of Brittany in the 17th century and the States of Brittany on several occasions.

The Gothic St. Peter’s Cathedral is built on the remains of an ancient Romanesque cathedral. Many people don’t know it, but the cathedral of Saint Pierre de Vannes is in fact a basilica. It should be proud of this title as it has been home to the relics of Saint Vincent Ferrier since 1419 and is a place of pilgrimage on the Tro Breiz route, which in the Middle Ages celebrated the Seven Holy Founders of Brittany.

Half-timbered houses or timber-framed houses illustrate the prettiest postcards of Vannes. The city lists 170 half-timbered houses, the majority around the cathedral but also some in the Saint-Patern area and a few on the banks of the port. It is probable that in the 15th century there were about 900 of them. Place Henri IV is surrounded by the most beautiful half-timbered houses in Vannes, all of them displaying beautiful colours and sometimes with small, stunningly carved details.

5 – UNUSUAL: THE CORBELS OF THE HALF-TIMBERES HOUSES

Most half-timbered houses have a marked corbelling, i.e. the first floor is higher than the ground floor. In the Middle Ages, this architectural feature was very common, as it allowed a fairly wide passage on the public road and increased the surface area on the upper floors. Another benefit: in the past, taxes were only paid according to the floor area of the houses… But the big problem was that the corbels were so close together that they helped fires spreading… hence the connection between the upper floors of the houses.

Here’s the most photographed couple in Vannes and the city’s best ambassadors on Instagram posts. At the corner of rue du Bienheureux-Pierre-René-Rogue and rue Noé, two painted granite busts depict a couple of ‘bon vivants’ who seem to be greeting the customers of a shop. But why this name? Is it Mr Vannes ?… Probably because at the time the Vennes family lived in the area… From there to imagine that Mr Vennes had his portrait cut with his wife takes only one step and that Mr Vennes became Mr Vannes. We can easily believe that Chinese whispers worked wonderfully!

GET TO KNOW VANNES AND HIS WIFE

Visit Vannes with a guide: consult the outing agenda

DARIORITUM, FOUNDED BY THE ROMANS

The victorious armies of Julius Caesar conquered all of Armorica. The Darioritum (first name of Vannes) developed on a hill (today the St Patern district). As early as the 3rd century, a castrum was built to protect the inhabitants from the threats of the Barbarians. After the fall of the Roman Empire in the 5th century, Venetis replaces Darioritum, the ancient city is abandoned and becomes a suburb. The medieval town gradually developed inside the fortifications. It was at this time that Vannes became a bishopric (one of the first in Brittany).

BETWEEN 1341 AND 1364 THE WARS OF SUCCESSION RUIN THE ECONOMY OF THE DUCHY OF BRITTANY.

Two families fight for the title of Duke. Vannes is beleaguered several times. Jean IV was victorious built the castle of Ermine, and expanded the fortifications, towards the port district which was in full activity at the time. In 1532, François I stayed in Vannes to prepare the union treaty between Brittany and France. In the late 17th century, the exile of the Breton parliamentarians on the orders of Louis XIV gave a new impetus to the city. Numerous mansions were built and the town extended beyond the city walls.

IN THE SECOND HALF OF THE 19TH CENTURY VANNES TAKES ANOTHER IMAGE.

A large urban development was created by the arrival of the railways in 1862 and the installation of two artillery regiments after the defeat of 1870. The town hall, the prefecture and the court were also inaugurated at this time. New roads were built around the ramparts. Vannes suffered little from the Second World War. Today, this city of 64000 inhabitants, enhances its tourist assets through the development of its old districts and its proximity to the Gulf of Morbihan.